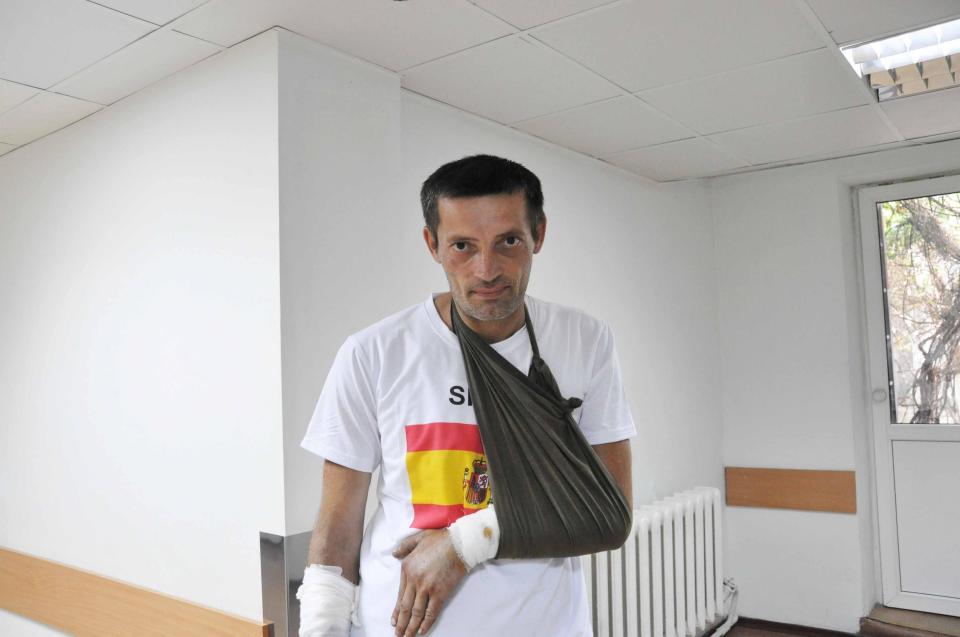 As of 6 May 2019, a total of 2,973 Ukrainian soldiers had died on the Donbas frontline, fighting the five-year Russian aggression. Former President Petro Poroshenko provided that precise number. Previously, the UN Office of the High Commissioner for Human Rights had released data showing that close to 4,000 Ukrainian soldiers had died in Donbas. The exact number of soldiers is less to the point than those left behind.

Numbers alone do not speak of the loss of soldiers. Behind them are the multiple numbers of parents, spouses, children, extended family and friends who have to live with the trauma. But is the death of a soldier only about pain? Or is it also part of what motivates the people of Ukraine to fight on? These questions were raised at the premiere of the documentary My Father which tells the story of a fallen hero through the eyes of his young daughter.

Larysa Artiugina, one of the directors of My Father, did not choose a hero. Rather the hero chose her – his story inspired her to make this powerful film. Artiugina met Volodymyr Samolenko (call-sign “Vovan”) in 2014, the year hundreds of men and women from every walk of life joined the volunteer forces of the military. The director first met Vovan when interviewing some 20 volunteers of his battalion “Donbas.”

When Artiugina next saw Samolenko, he was in a hospital in the east-central Ukrainian city of Dnipro. He had been seriously injured during the infamous Ilovaisk battle where the official number of those killed was 366 — wounded were 429, captured were 128, and missing were 158. By the time she arrived, he was already planning to return to the frontline. His words told her everything.

“I am ready to fight for 15 centimeters of our land.”

“We are all united! Everybody is standing for each other. One for all and all for one until the end!”

“There is a very big difference in artillery. However, even with our poor armament, we will fight back. Because we stand for the truth and they stand for money. If it’s dangerous they run away, because they are for money. They can only give guns to the locals, zombify them, and run away.”

Before the Donbas war, Samolenko, who had a military background, worked as an ordinary system administrator. He was familiar with the military and security forces, having served in the contingency corps in St. Petersburg and as a security officer for various foreign embassies.

“Some soldiers would call me and ask for something. But he never did. Except one time,”
Artiugina relates.

The last time she heard from him was in February 2015. He was fighting near Debaltseve, Donetsk Oblast, and called to say goodbye. She tried to make him promise he would come back alive, but he couldn’t make that promise. The next day she received the news of his death, made a decision then and there. She would memorialize the story of this brave hero through a documentary film. Her challenge was how to do it properly if he was now dead?

Marta-Daryia Klinava, a Belarus director joined the film team. As someone removed from the immediate context of the war, she was able to provide another perspective.

“I saw a universal story in it, about a person who’d lost her father.”

Klinava started to film Olga Samolenko, “Vovan’s” young daughter. Sadly, her father had not yet been located and a funeral service was impossible. It would be two years before his remains were finally identified, and only through a DNA test.

This kind of agonizing process is not unusual for those seeking their fallen heroes. The bureaucratic obstacles families face while trying to find their deceased loved one is the untold half of an already tragic story.

At first, Olga felt like a lost little girl who couldn’t believe her father had died. In My Father, she speaks of how she waited for him to return day-after-day … how she imagined seeing him at every corner, even though she knew he was gone. Many Ukrainians have similar stories – their loved one remains officially missing, and denial is a defensive reaction, sometimes for years.

Olga’s unyielding hope eventually turned into anger and action. She was determined to find her father, despite the red tape of bureaucracy. She was relentless in tracking down those responsible for procedural matters with the military. She was hell-bent on finding her father and giving him the proper funeral he deserved,

“Before, I thought that all people are good. I could not comprehend why people, for example in the National Guard, who were supposed to help me were rejecting my requests.”

For more than two years, Olga pursued every avenue. She spoke with her father’s comrades and heard all about his experiences on the frontline. These conversations helped her to understand why he volunteered for the service, leaving her behind. She realized how truly heroic he had been.

Eventually, her father’s remains were located and identified through DNA. Samolenko had been placed in an unmarked grave. With the help of volunteers, Olga struggled with the logistics of arranging a funeral in Kyiv — the hardest was to have her father’s body exhumed from his burial plot in Dnipro and transferred to Kyiv.

As Olga worked through her sorrow, she transformed from that lost little girl into a Daughter of a Warrior and realized her inner strength – soon to evolve into a source of personal power.

The premiere of My Father was both evocative and cathartic. During the discussion period after the film, Olga shared with the audience how the film has helped her to work through her grief and profound loss. She found a way to forgive her father for going to war and leaving her.

Olga realized that this film which memorialized her father might help others going through the same experience.

Feedback from the audience proved her to be right. One woman shared her experience of losing a close friend – a journalist who should have served as a correspondent, but chose to volunteer and went to the frontline instead. He died just a few days after being deployed.

“Only now, after watching the film I started understanding his choice and … forgiving him.”

Those who attended the premiere of My Father agreed that the wounds of war – both physical and psychological – for all those affected by the ongoing war in the Donbas, need to be addressed with urgency, and must become a priority for the State Film Agency of Ukraine.

But is the death of a soldier only about trauma and tragedy?

“This film is about how the fire in the eyes and death for Ukraine is combined with a father’s love. It tells about the things we lose in society with a very high speed, the values worth fighting for,”
Oleh Pokalchuk, writer and social psychologist, said.

Tetyana Kovtun, from the Institute of National Memory, together with her team has interviewed many activists who participated in the Euromaidan Revolution, as well as those who have fought in the war. She points out that soldiers abide by a set of values other than those of civilians.

“The things they care about are so much different from the minor things we give importance to here in civilian life.”

Kovtun says that soldiers actually suffer more because of a lack of understanding and feedback from people. Making an effort to understand the experiences they undergo, the contributions they make, and their choice to join the military in the first place can benefit everybody involved and even strengthen the nation as a whole.

Oleksandr Tereshchenko, Minister for Veterans Affairs, Temporarily Occupied Territories and Internally Displaced Persons, is a cyborg himself – a term used for the soldiers who, against all odds, defended the Donetsk Airport during a protracted battle that lasted from September 2014 to January 2015. While trying to save the lives of his four comrades, he was badly injured by a grenade that cost him his right hand. A bone in his left hand was shattered and he sustained critical damage to his left eye. He said a simple “Thank you” from civilians can make a difference for veterans.

Tereshchenko believes that the public perception of those who risked their lives in armed battle to protect Ukraine should be valued more. At the same time, he insists they should not be depicted as idealized heroes as does Soviet propaganda for WWII. Soldiers are ordinary people who were living their civilian life, but one day made a choice to defend Ukraine.

Olga still hasn’t got over the loss of her father. She may never. But today his choice to fight has become clearer to her. She can now forgive him for making a choice that impacted not only his life, but hers. Her contribution to the film helped her to gain a better understanding of him and his decisions.

The team which produced My Father has not received any support from the state and had to resort to an online “crowdfunding” to finance the project, on a shoestring budget. The power of My Father, as well as other such works, is not only as a therapeutic experience for families mourning a loved one — its ultimate message is that war leaves no one unscathed … wounds may eventually heal but their scars can never be fully erased. 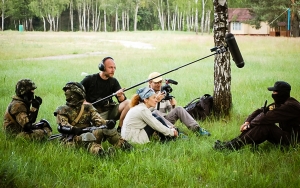 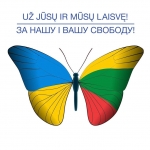 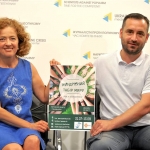 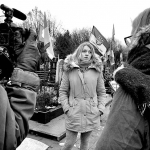 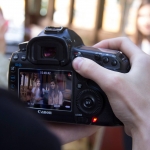 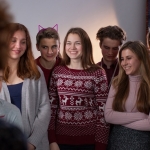 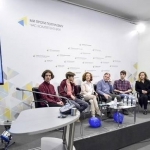